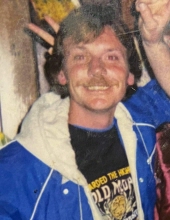 Charles Edward Shaffer, 59, of Indianapolis, passed away September 15th, 2020 in his home surrounded by loved ones. His family and close friends were so special to him and they all had a loving bond with one another. Chuck had battled cancer for over 15 years and was known for his grit and will to keep giving it all he had!

Charles was born September 21st, 1960, in Akron, Ohio, to Charles and Agnes Shaffer. He is survived by his sisters, Barbara Chipps and Lyndal Shaffer; brothers, Glenn Shaffer and Bud Shaffer; as well as several nieces, nephews, great nieces, great nephews. He is also survived by his bestfriends, Bobby and Pam, along with their kids and grandkids.

Charles worked at a car wash for many years and was known for his kind heart and gentle spirit. He was also known for making sure good times were had, as he was always the life of the party!

Charles will be missed by so many people.

A celebration of life will be held on his 60th birthday, September 21, 2020 from 5pm to 8pm at his home, 714 E. Beecher St, Indianapolis, IN 46203.
To order memorial trees or send flowers to the family in memory of Charles E Shaffer, please visit our flower store.