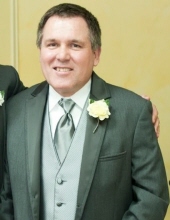 Charles Alan Strange, 62, of Fishers, Indiana, passed away unexpectedly in his home on May 30, 2021.

Alan joined the United States Air Force (USAF) out of high school and served as a medical lab specialist at Lackland Air Force Base for 6 years. Following his honorable discharge from the USAF, Alan graduated with B.S. and M.S. degrees from Grand Valley State University and went on to become a CPA with the Internal Revenue Service and a number of private accounting firms where he made countless lifelong friendships. He later became a Certified Fraud Examiner and joined the Bureau of Alcohol, Tobacco, Firearms, and Explosives where he worked tirelessly (though happily) until his passing.

In his spare time, he loved spending time with his family, playing “birthday party” with his granddaughter Addy, and attending any live sporting event he could. He was a kind and loving Dad to his children, Natalie and Nicholas, as well as an amazing “Paw Paw” to his granddaughters Addy and Olivia. Above all, Alan was committed, dependable, and loyal to his family and friends, qualities that he carried with him throughout life.

Alan was preceded in death by his mother, Nancy Bingham, and father, Carl Strange. He leaves behind his daughter and son-in-law, Natalie and Alex Dyon of Chicago, Illinois and his son, daughter-in-law, and two granddaughters, Nicholas, Brittany, Addison, and Olivia Strange of San Jose, California. He also leaves behind siblings Cathy Kell and Gary Strange.

Visitation for Alan will be held at Indiana Funeral Care (8151 Allisonville Rd., Indianapolis IN 46250) on Tuesday, June 8, 2021 from 10:00 AM – 12:00 PM. A private service will follow at Memorial Park Cemetery (9350 E Washington St, Indianapolis, IN 46229) for immediate family.
To order memorial trees or send flowers to the family in memory of Charles Alan Strange, please visit our flower store.