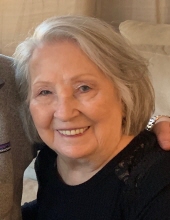 Carol Keller Walsh, born June 17, 1936 in New Orleans, LA, passed away September 22, 2021 in Noblesville, IN.
Carol graduated from Sacred Heart high school in New Orleans, LA in 1954 and worked in various clerical/bookkeeping roles throughout her life. She often lent an ear to many friends and family and provided support and guidance with life’s challenges.

Carol was a resident of New Orleans, LA for 69 years and found the need to relocate to Noblesville, IN as a result of Hurricane Katrina in 2005. Shortly after making the move to Indiana, Carol often found herself outdoors doing gardening and yard work as she defended her title of best kept lawn in the neighborhood.

In lieu of flowers, the family requests donations be made to American Lung Association.
To order memorial trees or send flowers to the family in memory of Carol Keller Walsh, please visit our flower store.