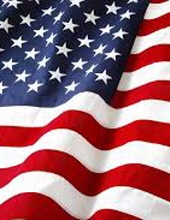 Andrew James Snavely was born in Fort Wayne, IN on November 5, 1922, to Tharley M. and Marie Snavely. He passed away peacefully at his home in Indianapolis on December 1, 2020 after a long illness.

He attended local public schools in Fort Wayne and, at the age of 19, enlisted as a seaman in the United States Coast Guard on July 10, 1942. He was assigned to ammunition supply ship USS Murzim 95 which supported the US Navy Fleet in Pacific combat zones, including Leyte Gulf. He was discharged from his regular reserve enlistment on March 2, 1946 but recalled during the Korean conflict on August 30, 1950, and assigned to the 124th Navel Construction Battalion in Adak, Alaska. He was discharged at the end of the term of his reserve duty on April 5, 1951.

He worked as a salesman for various companies including Central Soya, Republic Steel and Unistrut from which he retired in 1985. He was a member of #733 Three Rivers Masonic Lodge in Fort Wayne, Indianapolis Vally Scottish Rite and Murat Shrine. He participated in Shrine Units including Shrine Clowns and Horse Patrol. He is survived by his wife, Gwen, and his three children: Keith Snavely, Karen Zoladz, and Karla Koomler, and five grandchildren.